At the end of the day, I made a major detour to go to David's Tea on Washington Street. I bought some chai tea, my very first infuser, and a cup of tea to go and I walked home the loooooooong way. The snow was falling, I sipped my tea, and my heart almost burst right out of my chest because downtown Boston was just so perfect in the snow and I was just so cozy in my big jacket and wooly hat.

So what does one do on a snowy night at home? Well, one drinks more tea. Obviously. This time, I made a tea latte. This tea latte is creamy, a little spicy, and a little sweet. 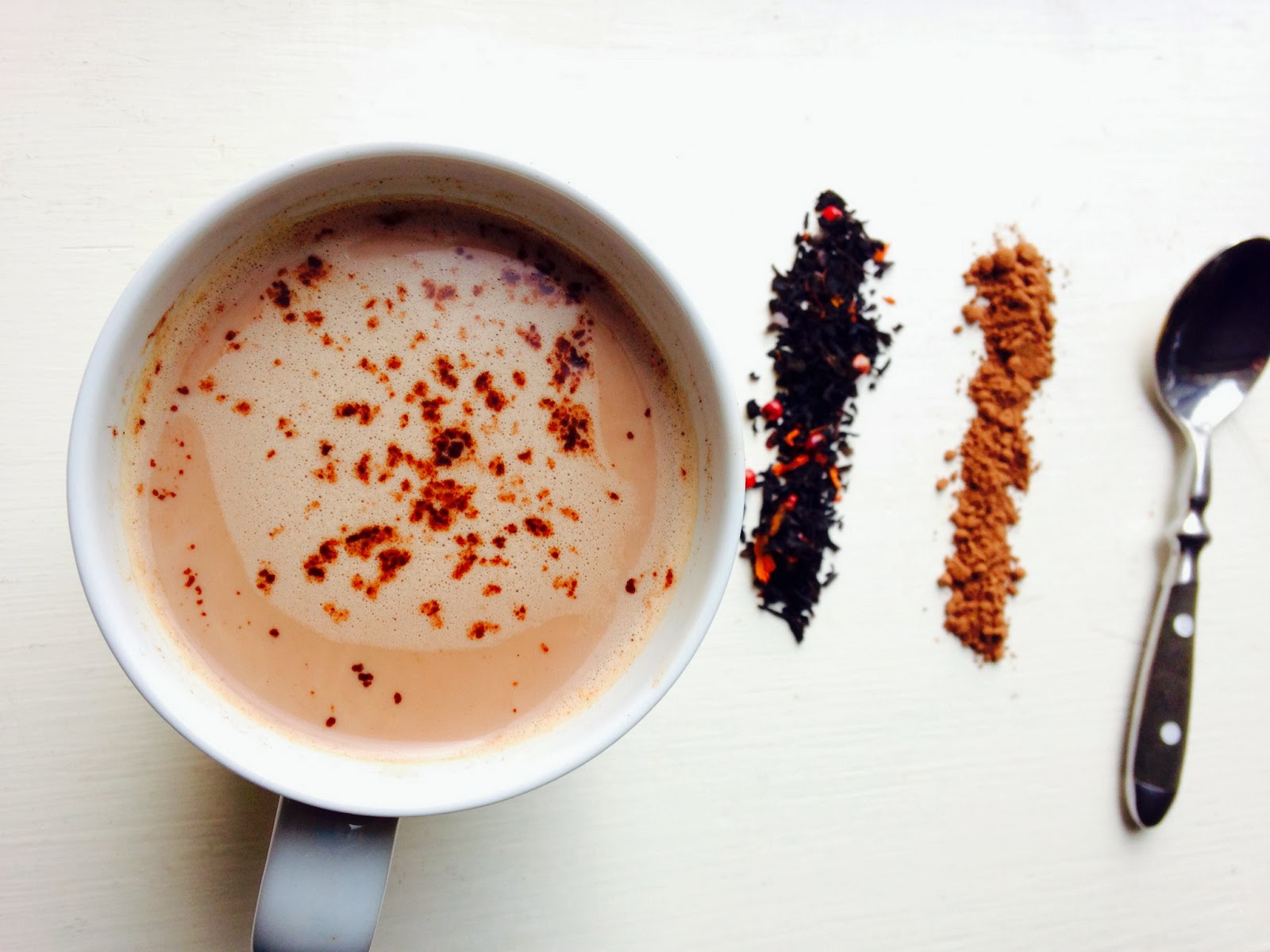 * I used chai tea because I like a little kick, but you can use any kind of tea!

Bring water to a boil. Put loose tea in an infuser or use a tea bag. Steep tea in boiling water for 6 minutes.

Meanwhile, heat milk over medium-low in a saucepan and stir in cocoa and cinnamon. Stir to make sure the cocoa and the cinnamon are fully dissolved and to prevent the milk from burning. When the tea is ready, froth the milk using a milk frother (mine is an Aerolatte) in a separate mug and pour the milk on top of the tea. Sprinkle additional cinnamon and cocoa powder on top, if desired.