Seconds and Minutes and Seasons

About a month ago, we went to the Cape for a long weekend. We watched the waves and tried to spot sharks at Nauset Beach, and then we ate shrimp or fish tacos or lobster rolls and drank wine. 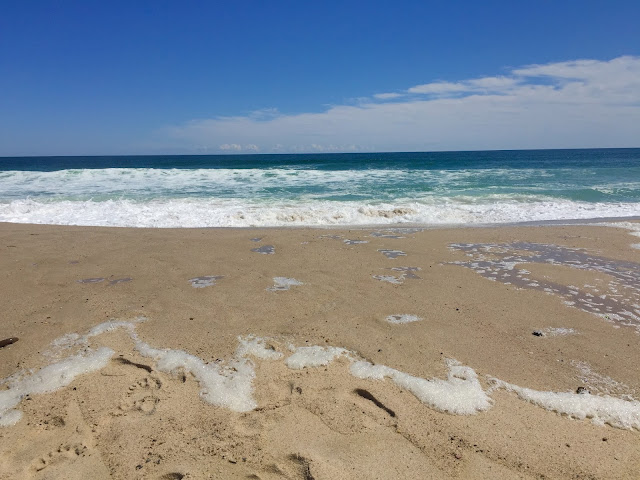 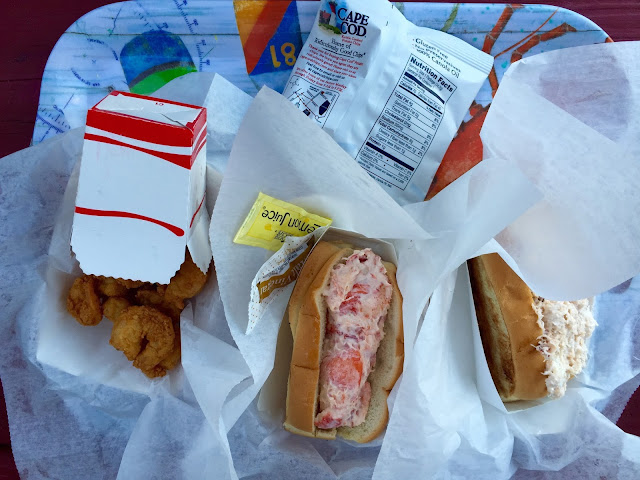 Now I'm typing this on the Northeast Regional train as it pulls away from Penn Station and our not even thirty-six hour New York weekend seems just as fast. The days, and the weeks, and the months seem fast, the seasons too. I love every season, equally -- Christmas presents and wool socks in the winter, picnics (but also allergies) in the spring, the beach in the summer, and then apple picking and leaves and plaid and all cliched and all wonderful things New England in the fall. So I am a little sad but not too sad to see the summer go, because here comes another season that I love. The 23rd is the fall equinox. So today is the last Sunday of summer. So this weekend is the last weekend of summer. And so on.

Last Monday was the last Monday of summer. So we went to Hampton Beach. It was that deceptive kind of beautiful, sunny cold. We drove up with hoodies and hot coffee and put our rash guards on to get in the water. We body boarded, rolling to shore on the right wave at the right time and sometimes getting rolled underwater by the right wave at the wrong time, and talked about taking surf lessons next summer. 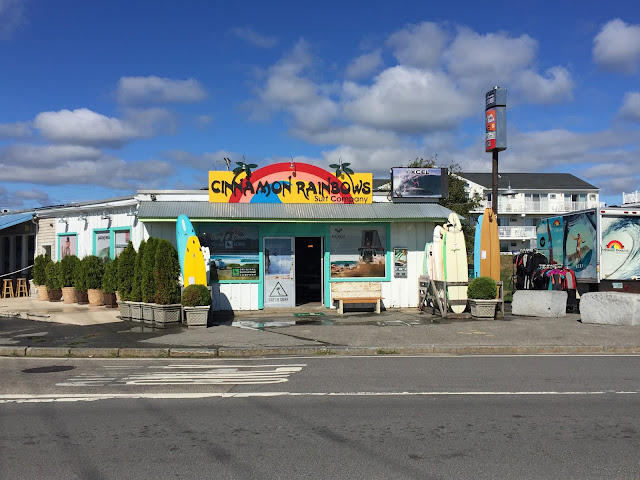 When we got out of the water for a break, all salty fresh and tired, I looked at my watch. It had only been twenty minutes. It had seemed like longer. But twenty minutes is still a whole lot of of New York seconds.