One Fine Day & An Apple Galette 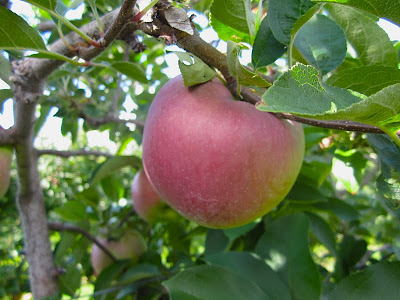 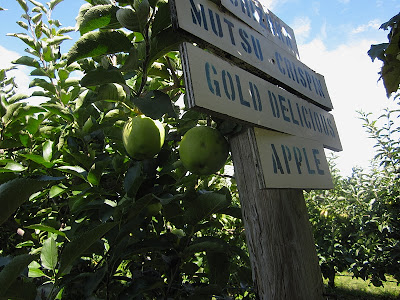 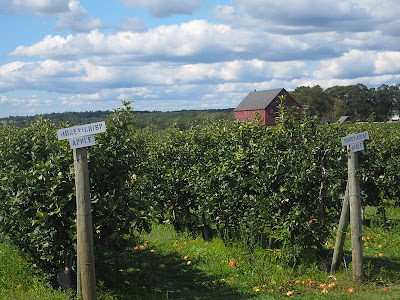 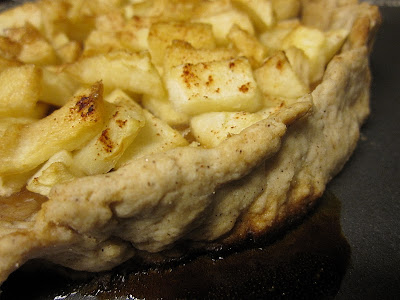 It's okay if it's messy. Apples you pick yourself always taste the best. And this pie crust is a winner.

Combine the flour, sugar, salt, and 1/2 teaspoon of the cinnamon in a medium bowl and stir well with a fork. Add the butter pieces and cut the butter into the flour mixture, pressing well with your fingers and tossing until the mixture resembles large crumbs.

Sprinkle the water, 1 tablespoon at a time, over the flour mixture and mix it with a fork until it's incorporated and you can easily gather the flour into a ball. Knead briefly, then wrap it in plastic wrap and refrigerate it for 30 minutes.

Preheat the oven to 350 degrees.

Bake for 40 minutes. The crust should be a very light golden brown and the apple chunks should be soft. Cool slightly and serve. Serves four people.
Posted by Run Fast Travel Slow at 8:54 PM