We went to brunch this morning at Catalyst. I chose it purely based on proximity to Harvard Square and the Head of the Charles Regatta. I also chose it because this is on the menu: 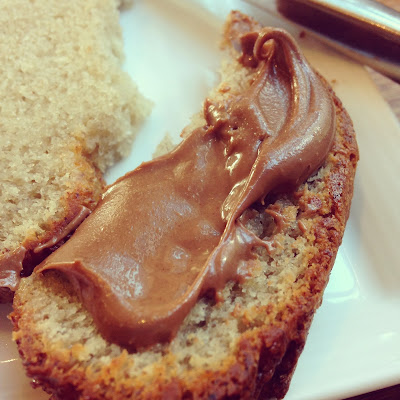 Banana bread with peanut butter Nutella. I was all kinds of hungry and tired. These carbs, plus coffee, made me feel human again. 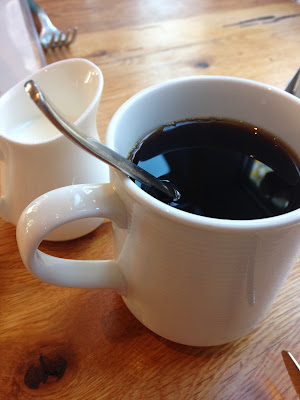 I had the breakfast burrito, stuffed with fresh salsa, pulled chicken, and avocado. Zero complaints. Zero. And it came with these potatoes. Beautiful, aren't they?


I was over breakfast potatoes long ago. However, these potatoes are game-changing. Butter. salt. pepper. A little parsley. Oh yeah. And would you just look at that cute little cast-iron pan?

The restaurant itself is super cool: It's a big, light-filled space with mid century modern chairs and a two-way fireplace. I thought the glass light fixtures were abstract representations of grapes, until I realized that they are atomic chains. That makes a lot more sense. Can you tell that I wasn't a chemistry major?

After brunch, we walked to Harvard Square and found a spot to sit. And sit we did. The view was good and the weather was even better. 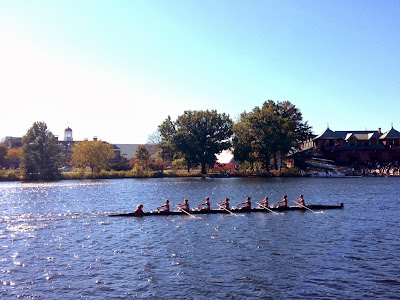 When I got home hours later, I had only a few things on my to-do list. Put pajamas on. Watch the Real Housewives of Orange Country. And, for my 6am pre-workout snack tomorrow morning, make another round of Super Bars. This time, they're gingersnap. A 1/4 teaspoon of ginger brings a kick and the sliced almonds make the bars a little crunchy. I know I'm supposed to save them for tomorrow morning. But I'm going to sneak a bite anyway.

Mix the coconut, almonds, and spices.

Grind the dates in a food processor or coffee grinder for 30 seconds or until they form a rough paste (I grind the dates a 1/4 cup at a time). Add the date paste to the coconut mixture. Then add the nut butter tablespoon by tablespoon, mixing well with your hands. The mixture should look like coarse crumbs and should be very sticky to the touch.

Press the mixture into a glass pan lined with aluminum foil or into a foil disposable pan (I like the loaf pan size). Smooth the top and refrigerate at least two hours.
Posted by Run Fast Travel Slow at 9:39 PM