I am on a long, hot run through the Financial District. I'm sprinting down Atlantic Avenue and suddenly decide to veer under the arch of Rowes Wharf. I work my way out to the water and along the wharf and I'm about to turn back to Atlantic when I take a big breath. Salt air. I stop, facing the water, and breathe. Salt air.

Salt air means only one thing to me: landing in a tiny plane on the airstrip in Nantucket, popping my head out of the airplane and being so happy to smell salt air. Summer after summer, year after year, I'd walk down the stair cart that had been rolled up to the airplane, breathing in the air and knowing that we were finally there, that we had a month ahead of us. A month of kite-flying and bike-riding, frappes from the soda fountain at Nantucket Pharmacy, Quidnet Beach, morning walks to Sconset Market to get the New York Times (for my parents) and chocolate milk (for everyone under the age of ten). And there was clam chowder, but I was little and didn't like seafood, so I would order clam chowder just to get the oyster crackers. I read and read and read those summers and I won the kids' reading contest at the Nantucket Atheneum library several years in a row. The librarian eventually had to disqualify me because I always won. If I couldn't sleep at night, I'd lie in bed and watch as the light from Sankaty Lighthouse flashed through my bedroom window. I'd count the seconds between each strobe of light and I'd eventually get too tired to keep counting.

Much later that day, I'm on Revere Beach. We've spent the day reading and lounging in our matching beach chairs, wading into the water, buying cups of frozen yogurt at Twist & Shake. It's late in the day, about 3:30 or so, but the afternoon is magnificent. It's sunny with just a little breeze, the light is golden, and the beach is calm. I pull out my iPhone and I open up Pandora. I'm playing the 90s pop station -- you know, N'Sync and Backstreet Boys -- but then Eric Clapton's Layla comes on.

And I think of the kitchen in Nantucket. The stove with the quirky pilot light, the big wooden table, and the tall chairs painted light blue. Were the chairs really light blue? Memories play tricks on us. But I think they were light blue. In the corner was the white wicker chair and near the countertop was the radio. I remember Layla playing on that radio. Did Layla really play? I think it did. And even if it didn't, my memory of Eric Clapton playing on the radio as we sat around the big table and shelled peas fresh from Bartlett's Farm is a good one. So I will keep that memory.

It's a truly beautiful afternoon. I have to be back in Boston for a 6pm board meeting. I look over at B and say that I don't want to leave the beach. I never want to leave. 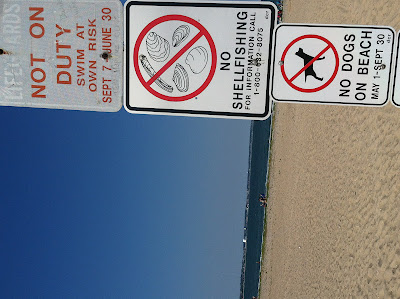